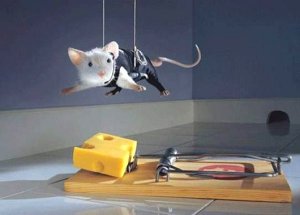 In the last ‘Kim story’, I finally worked up the courage to tell Kim that I loved her.  If you are new and would like to get up to speed, there is a Category named “Kim Saga”.  Merely find the “Categories” somewhere on this page your are reading and then select this category.   One of the things I immediately loved and was attracted to in Kim was her sense of adventure, her lust for life.  You know the old adage about walking a mile in another person’s shoes?  Well, at pretty much the same age, both of us had experienced life threatening events.  I was hit by a school bus (read me) and she had open heart surgery.  Yes, open heart surgery; way back in the early 60’s as a little girl, with a pioneer surgeon, it was a complete success.  No doubt our own personal experiences played a major role in shaping our psyche and influencing our behaviors.  Both of us are what I would describe as very determined and long term goal oriented.  We are grateful for what we have and we recognize the beauty of life itself.  We have a few sharp differences, but what we have in common is much stronger than our differences.

Our chemical attraction to each other has always been strong.  In this department, we were no different than all adventurous and curious teens.  We joked with each other about sex, we hinted and made innuendos.  But we hadn’t yet experienced it with each other.  I had gotten to second base, but that’s as far as things had progressed.  Speaking for myself, as much as I wanted to slide into third, I really didn’t yet know how to go about it.

It was Spring of 1975 and I was yet to have my first car.  Kim and I had been going together for several weeks, maybe 2 months.  As I remember it, my family was going to be out of town for a night.  I believe it was a Hamilton Mini Circus trip.  I don’t think it was for an Indiana vacation, (read me), because I’m pretty certain this was only a one night deal.  Regardless, Kim and I had cooked up a scheme.  I don’t remember if it was my idea or hers, (she could be creative), but between us we had come up with a way to spend a private evening together.

My side was easy.  Written about in this story, (read me), I spent a lot of time out at the Staton farm so I told my parents that I wanted to stay with Terry instead of going with them.  I wasn’t a performer in the Mini Circus so it meant one less kid to worry about (after all, Eight really is enough).  I could trust Terry to cover for me and I knew my mom wouldn’t check with Minnie (Terry’s mom).  Kim’s side was a tad more suspect.  She told her mom that she wanted to spend the night over at her friend Vicki’s house.  She had done that before but not for awhile so Kim’s mom was likely just a tad suspicious.  She probably suspected that Kim and Vicki were going to get into a little mischief but we had Vicki’s mom backing our play too.

Kim got Vicki to go in with our plan and I had Terry on board.  I gave Terry a couple of dollars for gasoline because he had to drive from Oxford area to pick me up at my house.  We hung out at the root beer stand until I knew my parents would be long gone.  I honestly don’t remember if we picked up Kim at Vicki’s or if Vicki’s boyfriend brought Kim over to my house, (I think it was the latter).  Regardless, with the precision of a planned major bank heist, the rendezvous occurred on schedule.  Kim and I were alone together in my parents’ home, all set to play house.  Would this be the big night?

So we played house.  We were both a little nervous, as expected.  Regardless of the outcome, our friends of course would assume that we had consummated the relationship.  We had a little bit to eat, watched a little bit of TV and covered a lot of ground in conversation.  I’m not a very good conversationalist in group settings, but put me one on one, and I can play with the best of them.  Early in the evening we both got into our ‘jammies’.

She was cute and sexy – this part I remember with vivid clarity (in fact, there’s not too much I don’t remember about the way she looked).  Her jammies was a mid length, soft nightshirt.  I was wearing the only pair of pj’s that I owned.  We wandered around in various parts of the house, necking, heavy petting, all the while determining where we would sleep.  We finally decided that the bedroom on the first floor would be best because it would allow the best view of the street and the fastest escape, should one be necessary.

With all the heavy petting going on, I was on fire.  The soft skin, firm body, (Kim was a swimmer), and the curves were driving me nuts.  But I also knew that I was not really yet ready to steal home.  Doubles and triples were one thing, but hitting a home run, that was an entirely different matter.  We went to bed and watched a little late night television, cuddling each other and getting more comfortable with each other.  We did of course have ‘the’ discussion.  We agreed that we both wanted to go to the next level.

Ok, ok….so maybe it wasn’t really this ‘adult’ of a discussion.  Maybe it was a little more of my needling and Kim stringing me out a little further.  To make things even a little more difficult for me, she sent me on an Indiana Jones quest; I was to find a blue condom as it was her favorite color.  Like any good lap dog, I hungrily obeyed, tongue hanging out and slobbering for added effect.  How hard could that be?  They came in lots of colors, right?  Seek out the magic blue and then we will discuss the next phase – time and place.

We eventually fell asleep and got a few hours of shut eye.  The funniest occurrence happened at the very instant we awoke.  We had set the alarm so we could get up early to make sure Kim got over to Vicki’s house before the possibility of her mom showing up to pick her up.  The alarm was a clock radio and we had set it to the local pop station.  The song that we awoke to?  What else of course but the 1974 release by Ace, called How Long (Has This Been Going On?).  We both looked at each other and I said “if we got caught, this is exactly what my mom would be asking me.”  We laughed and then hurried up to dress.

I tidied up and made sure there was no evidence left behind and then we slipped out.  Kim had a powder blue pillow case she was using to carry her clothes in.  It had a huge Snoopy character on it from the Charlie Brown cartoon series.  We must have made for an interesting pair walking down the streets at 7am in the morning, Kim with wet hair and me carrying her Snoopy pillow case over my shoulder.  It’s one of those memories that always makes me smile and puts a warm soft glow in my heart.

We both did a little bit more growing up that night; growing up on Prytania.

I don’t get embarrassed very easily and certainly not by things that happened decades ago.  How many of us were adventurous as teens or got into trouble, ninety percent of us?  So if you are part of the ten percent that never did, do you feel like you missed something?  You should!  I sure wouldn’t want to read your growing up stories, I can tell you that.  🙂

What is this, the 7th or 8th story in the chronological sub-story about my very long love affair with my girlfriend, now my wife of several decades?  Some of these I’m sure are going to be, let’s say, “less comfortable” for her.  There are of course one or two stories that will never be told, (unless I outlive my wife, our children, her family, everyone we know), but I feel it is important to document all the others.  Life is wonderful and if you’ve lived, then you likely have gotten yourselves into a little mischief of your own.

There were of course some hard times for me while growing up, but I can see now that everything that happened, everything, has played a role in the forming of who I am today.  And I love myself today!  There is not much in my past that I would change.

One of my personal goals with these stories is that you are able to associate and relive your own memories.  I earnestly hope that I am achieving that goal!  Feel free to share one in the Comments section…..if you dare.

This week’s story is a perfect selection for Emily’s RTT Blog Hop.  This was our first night together.

And if you’d like to enjoy more ‘first night’ stories, please be sure to check them out via the little blue frog link here: