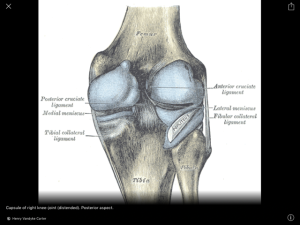 This is Part 2 to last week’s story.
In the morning however, just like a hungry baby, I awoke, ready to howl my lungs out.  They were trying to time my morphine crash with the surgery timing so with each ticking minute, the onset of the pain in my leg grew.  When finally I could take no more, they wheeled me down into the surgery prepping area.  And ‘there’ is where the real fun occurred.
For the actual surgery, they were putting me to sleep via the common method they sometimes use to numb the lower extremities of women delivering children, the epidural.  I found this next paragraph on the web:
Epidural anesthesia is a form of regional anesthesia in which a narrow tube, (also called a catheter) is placed in the epidural space in your back. The epidural space is a part of the spinal canal that is in close contact with nerves. By injecting anesthetic medication into this space, the spinal nerves are numbed. An epidural requires the insertion of a special needle into the back. The epidural needle can be inserted with very little discomfort by an experienced practitioner, using local anesthesia to numb up the skin and tissues of the back. When the needle is in place, the epidural catheter is threaded through the needle and the needle is then removed.
That is I guess a textbook description.  Here’s what really occurred:
The anesthesiologist turned me over on my side and proceeded to sneak a thin wire into my lower back.  That’s when I got struck my lightning!  Ok, so that’s what it felt like.  He accidentally hit a primary nerve and immediately knew his mistake as he was extremely apologetic.  I felt every nerve ending in my body seize control of my muscles and tense up.  Given I was already in pain, this new episode put me over the edge.  I was begging at that point – please don’t do that again, please.  I was ready to give up all the government’s secrets.  Mr Anesthesiologist just kept apologizing.   I probably should not display his picture like this in public, but I guess I’m still carrying a grudge. 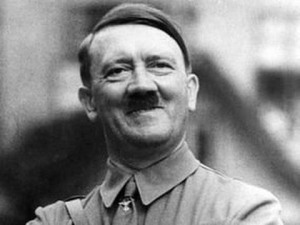 My anesthesiologist, immediately after administering my epidural

Earlier, I had written that there had been a ‘snap’ but actually, there were several snaps.  I had really done a number on my left knee and leg.  According to the X-ray, there were 3 bone breaks; two hairline fractures lower down towards the ankle and a larger break off of the top of the tibia.  There is a small section called the tibia plateau, commonly broken in this type of accident.  The fix for that was to insert two long surgical screws to help fuse the broken bone section back to the top of the tibia.  I now beep when those security wands are passed over my leg.
In addition to the bone break, I had also torn the meniscus, the ACL (anterior cruciate ligament and the LCL (lateral collateral ligament).  There might have been a few more CL’s torn in there – all I know is it felt like someone was constantly stabbing me with razor blades.
So my orthopedic surgeon had quite a challenge ahead of him.  He was actually quite excited about this surgery because he was going to attempt to do all the repairs via arthroscopic maneuvers.  He had medical journal photos to show me what exactly he was going to do in this relatively new procedure.  Apparently he had been waiting for someone like me to come into his life.  Glad to be of service, Doctor Joe.
To this day, that lightning bolt issued by the anesthesiologist remains the worst memory of pain I have, (except for the time my head was squeezed like a vice grip as I was being pushed through a dark and wet cavern).  In any regard, after that was over, the next I remember was waking up after the surgery.  Morphine – morphine where, oh where would we be without morphine?  I think Shakespeare said it best – The quality of morphine is not strained.  It droppeth as the gentle rain from heaven.  Upon the place beneath – my blood vessels.  I was told by my doctor that I would be visited by the pain for several weeks but it would dissipate.  In the meantime, press this button to release ‘more pheen’, (morphine, get it?), and get some rest.  I pressed the heck out of that button, me and that button became BFF’s.
One of the more special aspects of coming out of an anesthetic sleep, (while being pumped full of fluids), is the release of those fluids.  I’m talking about that first time you go to the bathroom.  Yes indeed kids, I highly recommend this as an exercise in futility!  I tried and tried and tried.  My bladder was so full it felt like a tick full of blood, about to pop.  Imagine yourself being driven somewhere, hundreds of miles with the driver passing up every roadside rest area.  Now magnify that by a factor of ten and you should be able to relate to this sensation.  I sat and sat, trying to will my bladder muscle to release, thinking – oh sure, you won’t release now but you have no problem releasing almost every night as a child, (much to the dismay of whoever slept in the lower bunk).
Like a frightened turtle
http://youtu.be/BEnKLhi83J8
The male nurse, (I hope he was a nurse and not just some random dude wandering around in scrubs), was being very nice and patient, allowing me the opportunity to keep some dignity when I finally had to admit defeat.  The pain had become too great to bear.  He, (the nurse), told me that this was very common coming out of surgery.  At that point, I didn’t care.  I didn’t care that my privates were being touched my another man.  I didn’t care that they were in ‘turtle formation’.  I didn’t care that someone was about to insert something into the end of my penis.  All I cared about at that point was getting my bladder emptied.  I recall with great clarity the sensational relief I felt as the nurse was pushing on my abdomen, allowing the water to escape my body.  Remember the look on Tom Hanks face in The Green Mile when he could finally urinate without it feeling like razor blades?  That’s what I felt just then. 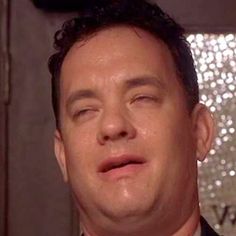