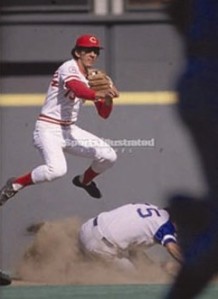 He could scoop up a ball like a Dyson

While growing up in the Prytania/Ridgelawn Alley in the 70’s, we played a heck of a lot of baseball. Speaking at least for all the boys, if you lived on our block, you played in the baseball games. I can only recall two boys in my age range who never played baseball in the pickup games and that was only because both were very interested in football and not baseball. On occasion kids, who were friends with one or more of us but not living on our block, would come in and play ball with us. This happened quite a lot because at least within a mile or so our block had quite a reputation for having a ball game going on every day in the small park up the street. One of these kids was named Kevin Campbell. If I remember correctly, Kevin was Tommy Mathews’ friend and I think he might even have played on Tommy & Rich’s Little League team, the team that the Mathews’ dad coached for.